Kick Depression to the Curb with Anthony Hayes – Joe Pardo

Kick Depression to the Curb with Anthony Hayes

Anthony Hayes is an author, podcaster, and blogger. Hayes is a member of the International Association for Internet Broadcasters and also the co founder of the Podcast Discovery Center. His early life accolades include, competing on a national level in Martial Arts, custom car building, and traveling the world as a professional DJ and break dancer.

His greatest achievement in life is being a first time father to a beautiful baby girl. He currently resides in sunny South Florida where he works in management at the largest grocery retailer in the southeast. 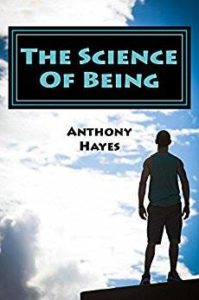 Anthony Hayes’ journey began in 2004. An overwhelming wave of emotional flatness washed over. A numbness.
The past 10 years have encompassed some of the darkest, most trying times in his life. Having to fight battles of depression, self medicating, and divorce all before the ripe old age of 30.
Somehow, somewhere in this vast universe something was watching and he lived to tell the story. This is a true testament of will, perseverance, and heart. Hayes refused to give up–always wanting to understand what he was going through more thoroughly.
The arsenal to combat these feeling-less feelings was a combination of several things for Anthony. These included medication, music, writing, and podcasting. Whether it be reading, research, mediation or doing creative things like writing The Science of Being Hayes believes “Our best days lie ahead of us. ” Between the years of 2004-2014 Anthony documented a journey and battle with clinical depression, anxiety, ADHD, self medicating, and bouts of insomnia. After several working titles “The Science of Being – Surviving: Depression” is here.

Excerpt from The Science of Being Surviving: Depression by: Anthony Hayes

[When a situation was unfolding, I wouldn’t think, “Why me, not again.” Rather, I would think, “One day, this will make sense.” Instead of looking at how much more of a thing we have left to do, we should look at all we’ve already accomplished to get this far. When I’m working, I do this often. There will be a series of tasks I’ve yet to take on. I can feel myself start to think, “Wow I am never going to get this done in the time allotted.” It is then out of my peripherals I see that I’m already halfway done! I can honestly say without a doubt, from the bottom of my heart, there is a brighter future for us all.]

Get Anthony Hayes’ The Science of Being on Amazon!