WHAT STEVE JOBS TAUGHT ME AFTER I SAID “NO” TO HIM 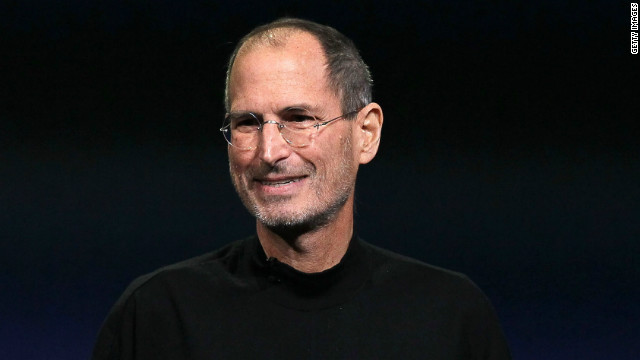 I worked for Steve Jobs at Pixar Animation Studios in 1997 and ’98 before he sold Pixar to Disney. I don’t have many heroes in my life, but Steve was (and still is) one of them. Meeting him and having him ask me to work for him were dreams come true.

Like so many dreams, reality was very different from what I had envisioned. While I don’t regret any of the time I spent working for Steve, some of those times were hard moments. But that’s when you learn the most.

IT WAS NEVER, EVER, A GOOD SIGN WHEN STEVE DROPPED BY AND SAID ‘HI JAMES, LET’S GO FOR A WALK.’

John Lasseter, the director of the early Pixar movies (he now runs Disney animation) recommended me for the position. My first interview was actually at Steve’s house. You can probably imagine the giddy feeling I had as I walked up to the front door, rang the bell, and waited for him to greet me. This was the first time I’d talked to Steve or seen him in person. We began to talk about my past experience, and Steve explained that this role was to be a liaison between Disney and the producers at Pixar. In one of the most surreal moments of my life, I actually said “no” to Steve Jobs. Although I’d love to work at Pixar, I explained, having “middle people” doesn’t work, as it’s better to just put everyone in touch directly. Although I declined the initial role, Steve ultimately offered me a job running new business development and marketing.

Pixar is an awesome place to work. My title was “International Man of Marketing.” As soon as I started, I began learning, absorbing, and doing as much as I humanly could. Turns out, when you worked for him, Steve Jobs was almost impossible to say no to. If you had an idea that he disagreed with, Steve would respond with persuasive arguments about why you were wrong, enumerating them for you immediately. “James, here’s seven reasons why you are wrong.” At the time, this was very intimidating because even if you know you’re right, it’s almost impossible to stand up to his relentless intellect. If he felt it was going to be a particularly difficult conversation, he’d take me out for a walk. It was never, ever, a good sign when Steve dropped by and said “Hi James, let’s go for a walk.”

The combination of my enthusiasm for Pixar and Steve’s relentless vision ended up with my job looking more and more like the one I said no to: the marketing middle man between Pixar and Disney. After a period of time I found myself in a room with Steve knowing that if I didn’t resign I would be shown the door. I resigned.

So what did I learn from Steve Jobs?

I learned that you must pay incredible attention to what someone wants to do when you hire them. If what they want isn’t exactly what the company needs, you shouldn’t hire them, no matter how smart, driven, or successful they are. In hindsight, Steve probably shouldn’t have hired me. If someone isn’t working out in the position you hired him or her for, it rarely turns around. If the fit is wrong, as a leader you should end it quickly, but not aggressively, and don’t make it about the person. I remember when I walked out the door he said, “Life is long and I’m sure our paths will cross again.” And sure enough, Steve and I stayed in touch.

Steve also taught me about transparency. He was actually a bit of a contradiction when it comes to this, because while he was great at marketing and coming up with fresh ideas, he wasn’t a great communicator. He tended to sit back and not tell his staff what he expected from them. From watching him operate, I learned to always let my employees know what I want and expect from them at the outset. If you explain to your employees what your company’s goals are and why, it will be motivating for everyone involved.

Building relationships first and doing business second is another lesson I learned from working with Steve. When you are going into a new situation, build relationships with people before anything else. Make sure everyone is on board before you make decisions or you will alienate people (sometimes your best ones) in the process.

Walking out of Pixar was one of the lowest points in my life. Steve also suffered humiliation in his life (being ousted from the company he founded), yet he returned to even greater victory. My victories aren’t on the same scale as Steve’s, but the sweetness of the comeback is so much richer and multifaceted than that of the first win. And Steve gave me that, too.

–James Green is the CEO of digital ad technology company Magnetic, which specializes in search retargeting.